It's time to announce the winners! First, a big thanks to all involved in the contest, from the participants to the jurors and all in-between - the energy that emerged from the contest was great! Here is a link to the reveal stream, if you don't want to read that much and just want to check the top entries out:     Here are the winners of the Card Idea Contest:   PLATINUM TIER The following entries have achieved platinum tier: by Metagross31
Recommended by Kapo

Welcome to the Official Anniversary Card Design Contest!     THE CONTEST HAS ENDED. To see all winning entries, CLICK HERE         Anniversaries are specia

Time is up! In total, I have received 140 entries from 88 different participants. The next step is to compile all the data and present it to the jurors, they will (understandably) need some 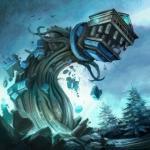 Hi 🙂 I've already sent my take to Kapo on Discord but after people started sharing their ideas on here, I could'nt resist the urgue to post mine too! I honestly have no idea on how to balance a c