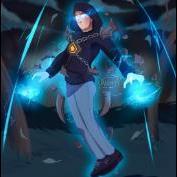 By Minashigo Hiko,
May 21, 2021 in Events and Tournaments

Hello Skylords, Skyladies and other Skybeings. It has been a long time, but we are finally about to start the first official PvE event since release. We hope you will have a lot of fun with thi

The easy plan worked: Thousands of minus points and got a Promo 😉 ... 3 more boosters to go