Problems with the lovely "Tobbezockt" :) 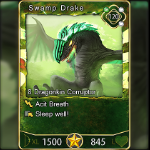 By Tobbezeichnet,
November 6, 2017 in Off-Topic

Step 1 to getting a better forum reputation: Do not make a topic like this.

Can we not start turning this into a downvote argument?  Also, this is exactly what I mean with accepting criticism. Someone thinks your thread is not the right step to take and doesn't like the way

I have no problem with you whatsoever, but are you serious?