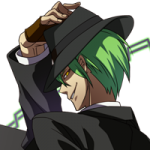 By Chibiterasu,
January 30 in Report A Bug